Since its launch three years ago, Dry Bar Comedy specials have generated over TWO BILLION views on social media and generated millions of fans. 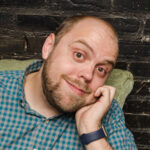 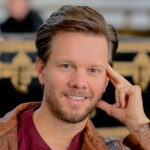 Steve is a stand-up comedian who grew up in Seattle, WA. He graduated with a degree in biology which comes in handy when he is reading Popular Science. He’s been working as a stand-up for ten years, and it’s done wonders for his middle child syndrome!

His first comedy special, ‘We say bim’, is streaming on Amazon, Dry Bar Comedy, Sirius XM, and Spotify. His clips on Facebook and Youtube have garnered millions of views with comment gems like “this guy is a Walmart Mark Wahlberg!” (thanks internet!). He performed at the famous Oddball comedy festival that included Demetri Martin, Sarah Silverman, and Jim Gaffigan. He loves making people laugh, doing outside stuff, ocean stuff, dogs, has a 3rd nipple, and hopes to be the Target brand Mark Wahlberg someday. 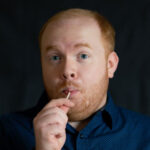 Jordan Makin is a stand-up comedian and ginger-haired man. He overcame his red hair and uneventful childhood by learning the art of funny. He has worked with many comedy greats, such as Marc Maron, Ryan Hamilton, and Ron Funches. His comedy has been featured across the country at the North Hollywood Comedy Festival, 2018 Devil Cup in New York City, and Golden Spike Comedy Festival where he was named “Best of Fest.” Jordan and his wife, Adrienne, host the weekly “My Wife Thinks” podcast. His first comedy special, “The BFFG” is currently streaming on Amazon Prime and Dry Bar Comedy.